Troubleshoot your qPCR experiments by matching your amplification curves to a series of images depicting commonly seen suboptimal data. This article summarizes how the Real-time qPCR guide: Part 3–troubleshooting provides an explanation for what causes each type of curve distortion and how to adjust your assays to obtain more optimal data. Follow the link to the registration page to obtain a copy of this valuable guide.

Good qPCR amplification curves should look like Figure 1. During probe-based qPCR assays, fluorescence is released from the probe as DNA polymerase copies the template or target nucleic acid sequence. The exonuclease activity of thermostable DNA polymerase hydrolyzes the probe, thus separating its 5' fluorophore from the quencher. The fluorescence of the degraded probe is divided by the fluorescence of an internal reference dye, ROX, to find the normalized fluorescence value, Rn. This value is then plotted for each cycle (Figure 1A). The fluorescence level increases in each cycle until it surpasses a threshold and then increases until the reagents are depleted. In order to determine the amount of target nucleic acid, the change in normalized fluorescence (ΔRn) is plotted for each cycle on a logarithmic scale. In Figure 1B, the intersection of the amplification curve and the threshold is defined as the Cq value, an approximate measure of the concentration of target sequences in the sample. The Cq values are evaluated relative to an internal control gene or to a standard curve created with a serial dilutions of a known amount of target sample.

Figure 1. Desired qPCR amplification curve data. Both linear and logarithmic views are shown. Curves should rise above the background after approximately cycle 15, rise exponentially, and reach a plateau after the ingredients are exhausted.

qPCR is a complex, multifaceted process, and several factors can cause suboptimal amplification. So sometimes your curves look like these (Figures 2 and 3):

You might observe something very different from what you expect (Figures 4-7): 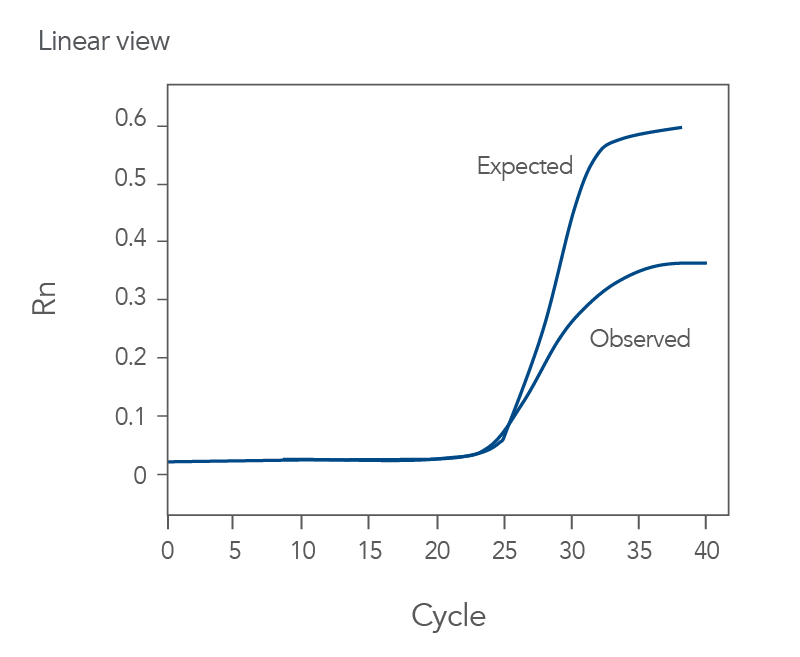 Figure 4. Lower than expected height of amplification curve. This can be caused by dye quenching by a proximal G base, differences in probe concentration or the master mix used, too much internal reference dye (e.g. ROX) in the reaction, or incorrect instrument calibration. 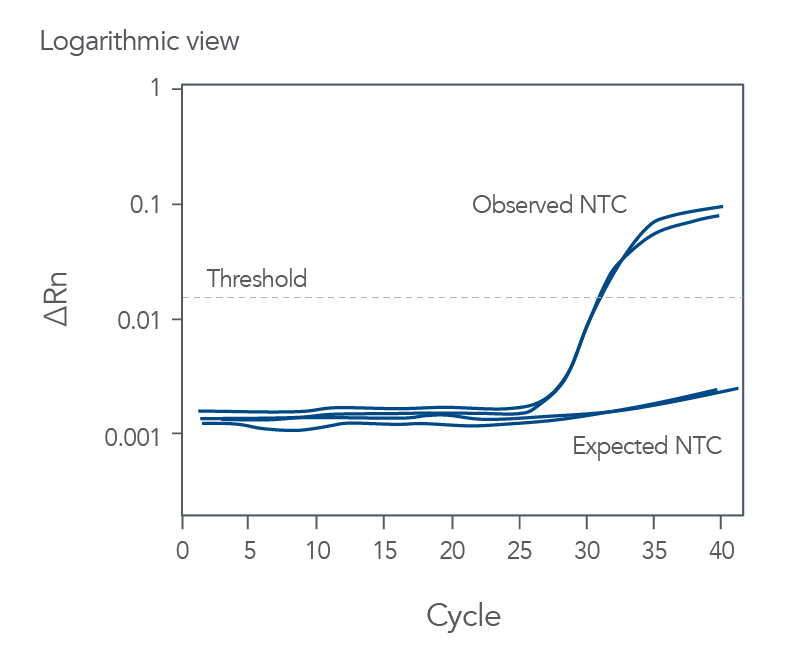 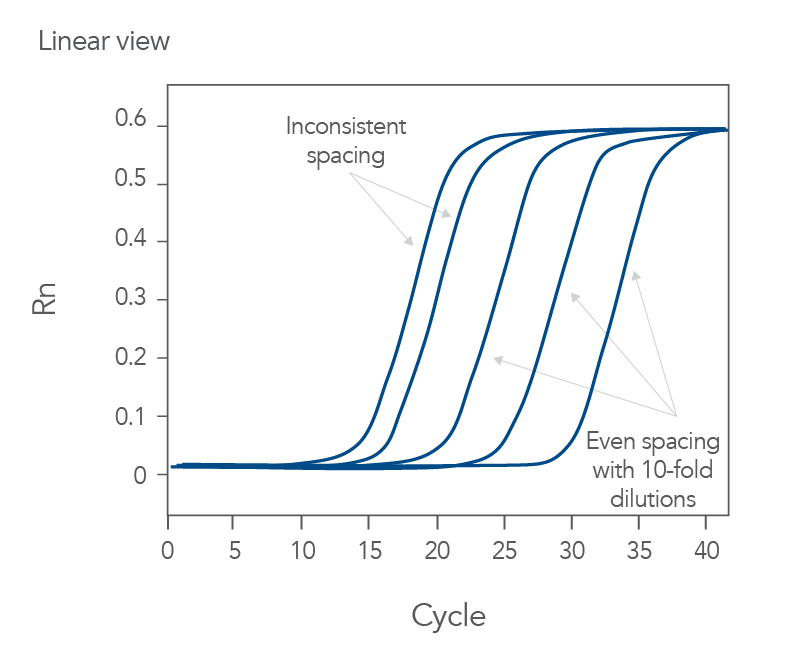 Figure 6. qPCR sample dilution series produces inconsistent Cq intervals. Unexpected Cq intervals can be caused by contaminants in the sample. These can derive from the host tissue or cells, or the enzymes used in the reverse transcriptase reaction or qPCR. In addition, technical issues such as improper dilution calculation or pipetting errors can produce inconsistent data. 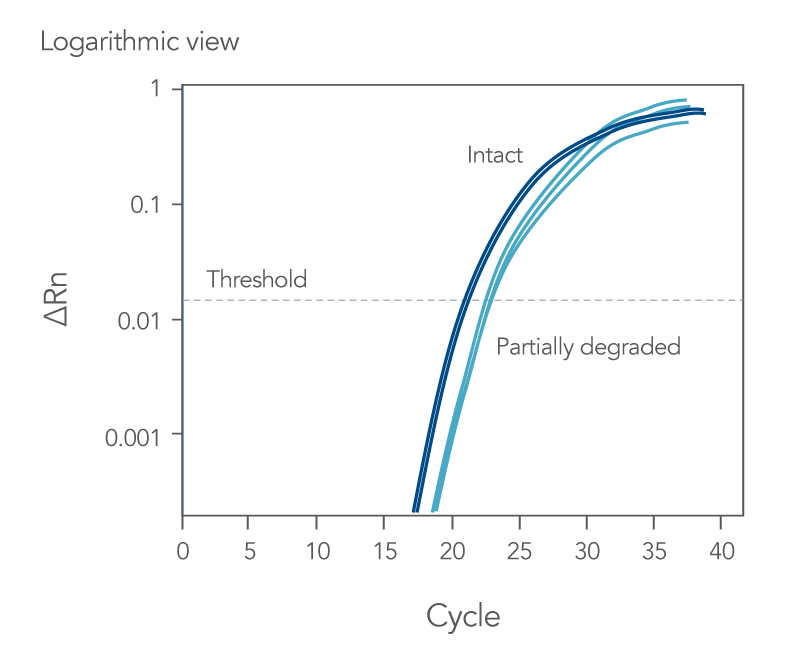 Thus, troubleshooting or generation of additional data may be required to achieve optimal qPCR results. But first you need to determine what is causing the flawed data.

The Real-time qPCR guide: Part 3—troubleshooting uses stylized drawings like the above and real amplification plots to help you identify the factors that could be compromising your results. These might include: sample degradation, low target copy number, incorrectly assigned dye detector, or overlapping fluorescent emission spectra. Just match your data to one of the images that best represents your own data and refer to the indicated guide section to learn what can cause such amplification curves and how to improve them.

Troubleshooting qPCR: What are my amplification curves telling me?

For analysis of human, mouse, and rat transcriptomes.

Design primers or assays for PCR, qPCR, or sequencing with the PrimerQuest® Tool.